Shweta Patil, an Indian Fashion Model & Actress was born on 27th July in Pune but now residing in London, one of the fashion capitals of the world. Shweta has roots in Dhule, a small district near Pune, Maharashtra, has successfully made her journey from Pune, Mumbai, Delhi, Chandigarh, Philippines and now settled in London today. The world of glitz and glamour is all about intense competition. Only those people reach the top in this field who have immense talent and good looks. Shweta Patil, an Indian fashion model who has her roots in Dhule, a small district near Pune is now climbing the ladder of success in the modelling world. She is currently based in London, one of the fashion capitals of the world. Shweta’s journey has been a roller-coaster ride and the woman who started from Pune has worked in cities like Mumbai, Delhi and Chandigarh before settling in London. Started modelling during college days, Patil has now made several remarkable achievements in her life.

Shweta who aspires to become an actress recently appeared in the remake song of ‘Muskurayega India’ featuring the actors of Sony TV which was made to make people aware of the COVID-19 pandemic. The original music video featured many big names from the industry including Akshay Kumar, Kiara Advani, Vicky Kaushal, Kartik Aaryan, Kriti Sanon among other celebrities. Along with her modelling assignments, she has done several advertisements and print shoots for many reputed brands and also did a bachata dance video. For the model, fitness is the highest priority and she makes sure to never miss her workout at any cost. “What you consume is what reflects on your body and for me, good nutrition is very important”, said Patil.

After making a mark in the fashion industry, Shweta now wants to establish herself as an actress. An alumnus of Ferguson College, Pune, she pursued a master’s degree in Economics and worked at Infosys for some time and even worked in Google. However, her inclination towards fashion saw her participate in various pageants and fashion shows. With her passion for modelling, Shweta Patil has now made her name as a successful model in India as well as in London. To ace her acting skills, she started performing in front of a mirror to boost confidence. The actress has got a few projects and she will start shooting for songs by December and January. Besides her profession, she is an ardent traveller. She says that her work makes her travel to the beautiful destinations of the world.

“Always invest your time in what makes you happy. Don’t do anything to please the people. Do it for yourself and become a champion in it”, says Shweta. Her work is not only limited as a model or an actress. She has been associated with many social activities and is an active member of the Anti-Corruption Pune team. Being associated with education awareness, she is the ambassador of AET Education, Punjab. Moreover, she runs an NGO named Avatar Education Punjab and is on a mission to bring revolutionary change with her works. To highlight a few of her career milestones, she has won the tag of Mrs Maharashtra, a shortlisted participant in Mrs World International, the Philippines which has now got postponed to January due to COVID-19. Apart from this, she has also won a Fashion Icon Award at WEAA India Awards. 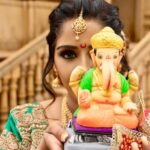